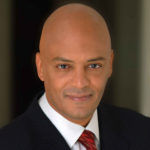 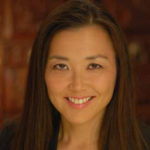 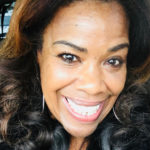 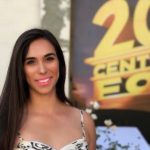 Andria knew she wanted to pursue a path to Hollywood at the age of 8, when she proclaimed to her family her goal of becoming the CEO of Disney. She soon ventured out to Hollywood where she learned from Mentors and worked on television shows including, America’s Funniest Home Videos, Disney Channel’s Bizaardvark, etc. From there, Andria found her passion of helping other Millennial’s get into the Entertainment industry. Andria is an Entrepreneur, Keynote Speaker, #1 Best Selling Author on Amazon with 50 other Female Entrepreneurs & advocate on helping creatives understand their brands so they can Network more effectively and create opportunities with Executives/Influencers, create partnerships & land their Dream career.

Andria is working closely with The Stan Lee foundation to create the reach needed to help shift the mindset of our youth and broaden their horizons. She is dedicated to motivating people of all ages to go for their dreams without fear of rejection. 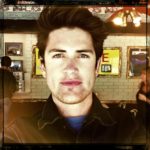 Shane enjoys bringing growth to meaningful messages, products and solutions. Out of high school Shane went into TV production and thought that he would do that for the rest of his life but decided that it didn’t give him life satisfaction due to having no time for it. He had a revelation to work in e-commerce and online marketing that allowed him to actually have a personal life. He started freelancing and working for various brands to help them with their e-commerce and marketing and truly has found a niche in branding, development and success of those brands with marketing and online sales. Shane’s passion for this work is to now partner with the Stan Lee Foundation and other philanthropic organizations to promote and sell brands on the marketplace that also share in his passion for the purpose of helping humanity. By providing products and brands that have a high standard and commitment to quality, Shane has carefully selected only those that meet that criteria of companies that have a mandate to help to support projects with purpose. 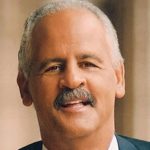 Chairman and CEO of S. Graham & Associates, a management, marketing and consulting firm based in Chicago IL. He is an educator, businessman, speaker, seminar leader, and develops programs for businesses and educational organizations worldwide. Stedman is the author of a dozen books including You can Make It Happen—A nine-Step Plan for Success, and just released Identity Leadership.

Identity Leadership is his new book on self-leadership, it is based on the philosophy that you cannot lead others until you first lead yourself. He is currently on tour to promote this book. 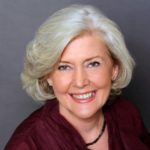 Co-founder and president of Quantum Learning Network, is an early pioneer in the field of accelerated learning. She has authored or co-authored nineteen books on teaching and learning. In 1982 Bobbi co-founded SuperCamp, teaching unique learning and life skills to teenagers in a fun, dynamic way. Over the past thirty-eight years her Quantum Learning teaching methods have spread from residential SuperCamp student programs (80,000 alumni and held in fourteen+ countries delivered in English, Mandarin, Spanish, and Korean), to reaching over 20 million people through her 8 Keys of Excellence, character movement and school programs where she has trained over 100,000 educators. Bobbi received the first humanitarian award given from the Transformational Leadership Council and the Global Presence Humanitarian Award from Parenting 2.0. She received the Lifetime Legacy Award at the Women of Influence Awards, San Diego 2015.

Stedman Graham and Bobbi DePorter are the co-founder of CAYS Community Alliance for Youth Success, now in its seventh year. It all began when they called a first community meeting and now has created a national model, producing Youth Success Weeks. www.youthsuccessweek.org. 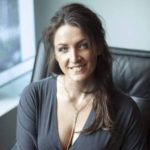 Amanda is currently a Partner, Investor or Advisory Board member of multiple businesses and market disruptors in many industry sectors servicing over 60+ global marketplaces.

Amanda establishes and maintains relationships with industry influencers and key strategic partners, securing market innovation and first-to-market advantages for a multitude of companies. Graduating her interests through entertainment and media, Amanda navigates realms of virtual immersive technologies and blockchain ventures.

Amanda is excited to continue her felicitous career by joining the Stan Lee Foundation team, drawing from her keen senses and intuitive execution, being innately skilled at simplifying complex concepts – as well as bringing her extensive network of global changemakers and public figures. Her prior experiences assist her with an ability to understand and communicate SLF’s mission to global markets.

Amanda has enjoyed every minute of her dexterous career, being quoted as saying, “I have met the most amazing people both professionally and personally along the way,” while producing events ranging from large awards ceremonies, fundraisers, art exhibits, fashion shows, celebrity concerts and television/radio promotional events for dozens of brands and companies such as YouTube, National Hockey League, NBC, Live Nation and Google. Amanda has always had a passion for philanthropy dedicating a significant time in her career to working with organizations such as the American Heart Association, Leukemia & Lymphoma Society, Jimmy V Foundation, Pretty in Pink Foundation, and many more. 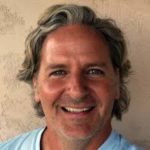 Founder and CEO of Allowance Manager, the revolutionary kids’ national bank that enables families help their kids of any age develop a fundamental financial literacy through vital, firsthand experience with their own real money.  Each Allowance Manager account comes with an AllowanceCard®, a general purpose reloadable Visa debit card giving kids the authority and autonomy to decide how, when, where, and on what to spend their own real money. 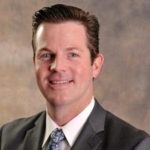 MBA – Born and raised in Orange County, CA, Scott has a B.S. in Marketing from CSULB, an MBA from Chapman’s Argyros School of Business, and is a certified graduate of the Medical Device Sales College.  Scott’s experience includes eight years of national business development and strategic marketing for M.V.C.I.  There he also served as a Gallup Executive Consultant and recognized Leader of M.V.C.I.’s US Marketing Division through process reengineering and leadership development; which increased revenue and bottom line ROI from client relationships and strategic partnerships.  Scott has overseen national business development teams with the medical device company, Masimo.  He currently works as a consultant with Octane’s LaunchPad supported by the SBA engaging with technology and life science entrepreneurs and investors seeking Late Seed, Series A and Series B funding creating jobs and M&A transaction value.

He currently acts as the Strategic Sponsorship Chair with the largest non-profit medical device association in Orange County, DevcieAlliance.  He has also worked directly with many philanthropic groups including Susan G. Komen, Girls Hope Boys Hope, and Illumination Foundation.  His hobbies are competitive snowboarding, backcountry treks, and being a podcast addict. 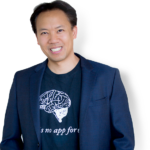 I was known as the “boy with the broken brain. ” A childhood head injury at age five left me struggling in school. For a while, I even believed I could never be as good as other kids when it came to learning.

I was slow and barely survived school, but never stopped hoping for better. I often talk about “superhero brains” and “superpowers” when I’m referring to life-long learners and learning. It’s not just because I’m a geek, though.

I loved superheroes as a kid – and the comic books saved me when conventional education couldn’t. Comic books taught me how to read…and they also kept my dreams alive that one day I, too, would find my inner superpower.

As the years wore on, I undertook a journey to learn about my brain – why it was broken and what I could do to fix it. That journey led me to discovering different learning habits, including accelerated learning systems and tactics.

I discovered that, no matter the circumstances, we can rebuild our brains. And after working on myself, I realized my brain was not broken…it just needed a better owner’s manual. This shattered my own limiting beliefs – and over time, it became my passion to help others do the same. 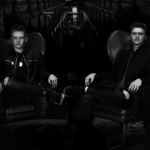 They have one simple focus… to awaken humanity to its problems and then give the solutions to take humanity to its Apex. They are changing the world by fixing the inputs of society and creating a new onboarding system for humans.

Caleb is a 17 year old who is the author of 9 books, international keynote speaker, and social media influencer who has impacted millions of people online. Ryan is 19 year old master marketer who is responsible for the biggest launch in internet history. Even though they are million dollar entrepreneurs they put zero focus into money. All of their energy and attention is focused on their mission to end suicide, depression, and the massive lack of purpose in society.

Their first step to doing this was when they co-founded Apex 4 Kids which is the world’s first ever relatable, entertaining and powerful learning system for kids. The mission of Apex 4 Kids is to change the way kids are educated and have become kids addicted to learning. Apex is already reaching kids globally and is being recognized as the future of education for the youth of the human race. 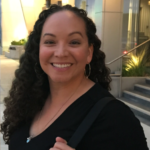 An award-winning filmmaker who was recently selected for Dan Lin’s Rideback TV Incubator program backed by MRC. Rideback’s mission is to financially and creatively support TV drama writers seeking to create their own series for cable or streaming. She’s also the first military veteran selected by the AFI Directing Conservatory Directing Workshop for Women, the Disney / ABC Directing Program, and the Ryan Murphy Television HALF Foundation Director Mentorship Program.

Rebecca is a passionate advocate for veterans and women’s issues with articles published in The New York Times, The Global Journal, and San Jose Mercury News, to name a few. She has appeared on ABC’s “Good Morning America,” and “The View.” Most recently, she was featured on NPR as the director of a short digital series “War Ink” which tells veteran’s war stories through their tattoos.

Rebecca served as a U.S. Army Captain and Public Affairs Officer, and has deployed to Iraq, Kuwait, and Afghanistan. She was awarded a Bronze Star for her work with the Special Operations Command in Afghanistan. She is also the volunteer Director of Communications for the non-profit Veterans in Media & Entertainment whose mission is to serve as the premier alumni network for veterans working in, or aspiring to work in the industry. 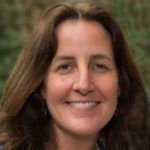 An award-winning writer, producer, and development executive with a passion for storytelling, veteran issues, and comic books. She is co-founder Hero Media Group, LLC, along with entertainment attorney Richard Garzilli, which is a development and production group for digital, television, and feature films

Karen began her career at Discovery Channel and ran their International Production Unit and managed over 50 producers, writers, editors, and cinematographers. She would also produce programs for Travel Channel, Animal Planet, and other networks. After Discovery, Karen served as Head of Media for Vidiator Technology, a subsidiary of the Global Fortune 500 company Hutchison Whampoa, Ltd., where her team produced mobile content in Europe and Asia.

Karen is the Chair of Veterans in Media & Entertainment, a non-profit alumni group for US military veterans working in the industry. She also serves as an Executive Board Member for American Legion Hollywood Post 43, providing oversight to the newly build world class theater. Karen is a former US Army Officer and a member of the Producer’s Guild of America. 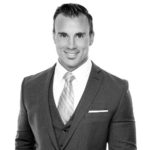 Born in the Midwest state of Ohio with deep seeded values and hardworking ethics, Daniel has worked his way west, now residing in San Diego Ca. SD is where Daniel now calls home and is raising his 13-year-old daughter, Isabella. He grew up playing all sports, but at 12 years of age fell in love with boxing which would continue to develop his current set of standards in self-discipline and tenacity to succeed at the highest level.

Daniel served in the US Army Reserves from 2003-2013 as a Sergeant in the occupation of a surgical technician, trained to operate in combat areas with a Forward Surgical Team.  He served one deployment to Kosovo as part of Operation Enduring Freedom from 2008-2009 as a support to UN forces in a peace keeping mission.

In 2012 Daniel began to pursue a new lifestyle and profession in Real Estate and continues to currently evolve and grow within his business as a Realtor in San Diego.