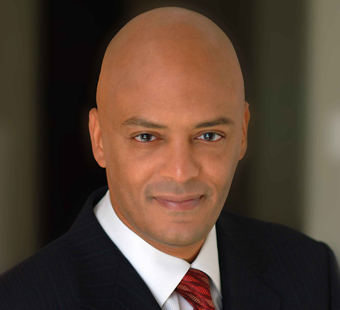 Mr. Theodore A. Adams, III is President and CEO of Unified Industries Inc. (UII), the company his father started in 1970. Mr. Adams has a legacy of community service, having served on the Board of Governors for St. Stephens and St. Agnes School and on various not-for-profit boards including: the Northern Virginia Urban League; the Parren J. Mitchell Foundation and the Retired Military Officers Association.

UII has an outstanding reputation of providing high-quality consultation services and products to government agencies and commercial customers. Dedicated to excellence, UII expands client knowledge, efficiency and effectiveness in the areas of program management, logistics, quality assurance, metrology and constructions skills training. Mr. Adams has also made a commitment to harness the capabilities of portal technology, wireless communications, knowledge management, and automatic identification tools to the service of customers across various industries.

In the 1990’s, Mr. Adams was the co-founder and President of Pyrocap International Corporation, a chemical manufacturing company that was one of only two African American owned firms that were listed on the American Stock Exchange at that time. Pyrocap earned international acclaim for its innovative technology. As President of Pyrocap, Mr. Adams was awarded the Entrepreneur of the Year Award by the Fairfax Chamber of Commerce.

Mr. Adams was born in Heidelberg, Germany and was raised in Northern Virginia. He earned a Bachelor of Science in Mechanical Engineering from Rice University and his Masters of Business Administration from UCLA. Mr. Adams also completed post graduate studies at the Yale-China Program at the Chinese University of Hong Kong, and is a graduate of Harvard Business School.